The Policy Center does two types of advocacy: system level and individual level. We work to identify the policies and practices that need to change at the local, state and national levels. We also advocate to hold systems accountable for failing girls.

LAWS PASSED IN PARTNERSHIP WITH THE CHILDREN’S CAMPAIGN

Florida’s Child Marriage Act, which bans marriage for anyone under 17 and prevents 17-year olds from marrying a spouse more than two years older, among other protections, took effect on July 1, 2018. It is one of the most important child welfare reforms in decades. Prior to this legislation, Florida had no true protections restricting the marriage of minors.

This law closes the loophole that now allows juvenile misdemeanor records to be public.  This bill blocks those minor crimes from public view.  It also gives law enforcement agencies the discretion not to post arrest and booking photos online.

This law lowered the age requirement from 24 to 21, allowing individuals to have certain juvenile records expunged so youthful mistakes do not destroy their futures.

This law provides law enforcement officers expanded discretion to issue civil citations to more youth committing misdemeanors. Civil citations are effective in preventing youth from becoming involved in the juvenile justice system.  The impact of not having an arrest record is realized to even more so when doors of opportunity do not close as a young person pursues military service, employment, or educational advancement.

This law provides a framework for the Department of Children and Families to create a more robust assessment and recovery process for child sex trafficking victims. It requires the state to have specially trained investigators and case managers to handle sexually exploited children. It provides criteria and a certification process for safe houses and safe foster homes to meet the needs of children who are trafficking victims. The bill also creates a statewide council on human trafficking within the Attorney General’s office.
The Children’s Campaign and the Policy Center successfully lobbied during the legislative session to remove a pilot program in the bill that would have locked up victims for up to 10 months and forced treatment on them. The argument in favor of removing that provision was supported by extensive research disproving the effectiveness of lockdown procedures and showing how that approach further traumatizes these victims of rape and abuse.

Working to eliminate luck from the equation 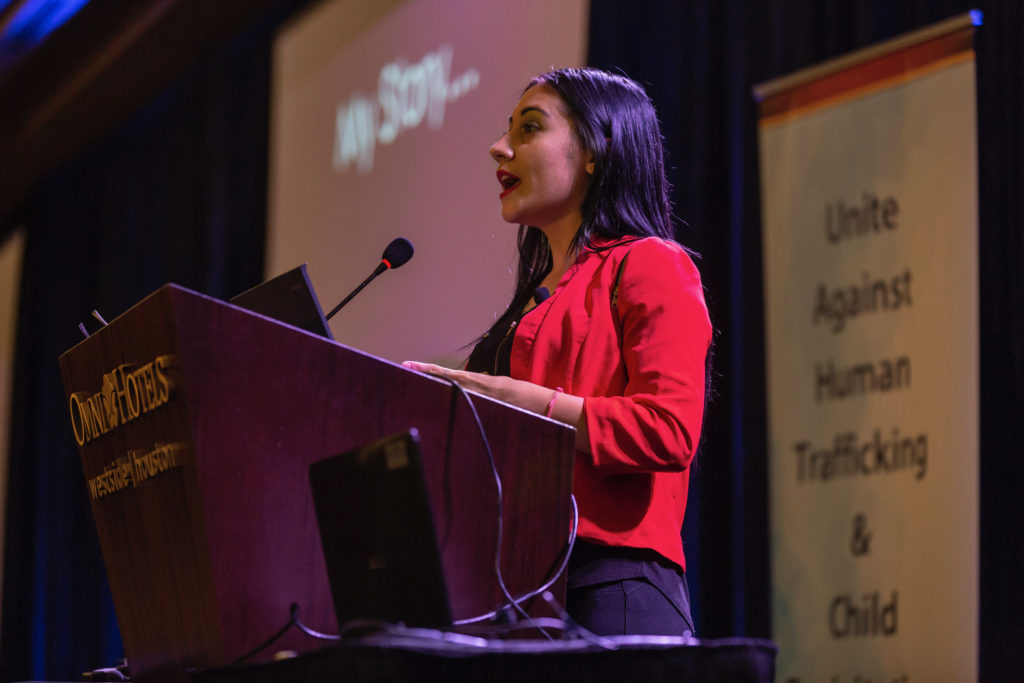 In my role as an advocacy specialist, I use my voice to advise leaders in the anti-trafficking and juvenile justice reform movement to develop laws and practices that support survivors of sex trafficking and youth involved in the justice system. Using my lived experiences, I inform the work at the Policy Center through community trainings, research, advocacy, and public speaking.

The Policy Center provides individual level advocacy to gain access to appropriate resources, monitoring quality of services, mentoring, transitional and re-entry services, housing, employment support, school connectedness and re-engagement. The Policy Center also helps girls and families learn how to advocate on their own behalf and navigate legal processes which can include arranging pro-bono legal services when warranted.